What’s the story on the Minnesota Twins? 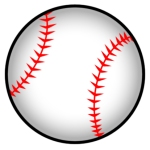 To really understand the Twins, you have to understand Minnesota.  For some reason we all are proud and supportive of our state but our state rarely ranks number one in anything.  We are always optimistic that we will be number one but have become accustomed to finishing second or in the top ten.  This holds true not only for sports but for our national school rankings, health rankings, business climate ranking and just about everything.  One could generally say the Minnesota is great at just about everything but rarely the best and we have seemed to accept this.

The Twins came to Minnesota back in 1961 from Washington D.C.  They played at the old Met Stadium  in Bloomington which was demolished in 1985 to make room to build the the Mall of America.  Back in the good old days they had some famous players such as Harmon Killebrew, Tony Oliva and Rod Carew.  Aside from the game, everyone loved to go out to the Met and tailgate before the games.  In the early days the Met was really out in the middle of farm country so there was plenty of space for the pre-game parties but as the city expanded and the fields were paved over it became a bit more controlled but nevertheless tailgating was half the fun of attending a game.

In 1981 they moved from the old Met to the new, modern and exciting Metrodome in downtown Minneapolis.  The Metrodome is where the Twins thrived and won 2 World Series titles in 1987 and 1991.  Ask any Twins fan about their Homer Hankies – a huge fan collectible from each series!  Other teams never liked to play at the dome because of the deafening noise from the fans and the white ceiling that made it very difficult for fielders to track the ball and catch it.  For the Twins it was home and they had no problems playing in the dome and actually could use the noise and roof color to their advantage.  Lucky for the Twins they did not play in the winter when the dome actually collapsed under the weight of the snow several times in the early years and also this past winter!

In 2010 the current Target Field opened its doors to the Twins and their fans.  Once again the Twins have an outdoor stadium but this time it is in downtown Minneapolis.  The stadium has all the latest in bells and whistles and won several awards for best stadium in the US.  The best way to get to a game these days is with the light rail system.

Now back to our Minnesota problem of never finishing first.  The Twins are a prime example – how many times in the past few years have they won their division and gone on to the playoffs only to be eliminated in the first round?  Answer:  too many.  Then we have our 2011 team – predicted in the pre-season to be one of the best teams in baseball this year.  What did we get?  Until June, we had the worst record in baseball but then a Minnesota miracle happened and we won 15 games and were the hottest team in baseball.  Of course, this did not last and the Twins have been up and down the past few weeks but Minnesota fans don’t give up.  We all see the Twins making history going from the worst team in the game to winning the World Series this year – we are optimists!!!  We love our Twins and stand by them win or lose and deep down we know they will turn it all around.

If you have not yet done so, take in a Twins game at Target field – it is a great time win or lose!

If you're a buyer or seller, relocating from out of state or in town, an investor in a short sale or foreclosure situation, townhome or single family, acreage or development, new construction or existing, I'm here to serve your real estate needs! My main areas of business are residential real estate in the Twin Cities 13 County Metro Area and Western Wisconsin. I sell all types of residential real estate, from first time homes through executive properties, and specialize in relocation services working with various companies, organizations and universities throughout the Twin Cities. Because I pride myself on providing over-the-top customer service, the majority of my business comes from referrals. My educational background includes a BA in Communications from Central College, Pella, IA, and a Masters in Business Communication from the University of St. Thomas, Minneapolis, MN.
View all posts by wendycarson →
This entry was posted in Relocation, Sports and tagged baseball, bloomington, dome, game, harmon killebrew, hh metrodome, lose, met stadium, metrodome, Minneapolis, Minnesota Twins, rod carew, tailgate, tailgating, target field, tony oliva, Twins, win, world series. Bookmark the permalink.
Loading Comments...
%d bloggers like this: